Do you ever wonder how fair certain diseases are to us? What can a man endure better, and what can a woman endure better? A great number of diseases affect both us men and women. However, some diseases, according to statistics, affect one sex much more often, or have a different course and severity. This may seem incomprehensible when we have the same heart, the same brain and the same number of limbs - we are all human beings. Let's leave aside social issues, feminism and equality for now, that's not what this article is supposed to be about. We mainly want to highlight the diseases that every man should watch out for.

In the words of the perex, how we are the same, you might have thought of an apt remark. In the words of the guru, "girls have pussy, boys have pussy." Yes, the most important organs that keep us alive every second, minute to long years into retirement age are almost equally developed, but the overall physiology is different. Of course, every little elementary school child who may still use the words pinky and pipi knows this, but we want to go more in depth. When we delve into the subject of physiology, we discover a great deal of difference, particularly in the activity and ability to produce certain hormones, but also in how our male body deals with fat storage or the formation and amount of muscle mass. We have a slightly lower pain threshold (thanks to the hormone testosterone), although this could be disputed when women manage difficult births and we are often laid low by the common cold. Interestingly, we also have slightly thicker skin in our favour. On the other hand, it's not nearly as soft and as feminine.

Because we feel more resilient as men, we might be expected to live longer. Big mistake! Women outlive us by about six years and this is the case almost all over the world. It would seem now that men's health is more fragile. To a certain extent they are. In what ways are we at a disadvantage? Before we get to the diseases themselves, let's take a small but very important detour into genetics. Women have some defense mechanisms in their genetic code that we lack. These persist until menopause and protect women from, for example, atherosclerosis or heart attacks. Studies and surveys make it clear that it is only in the course of ageing, especially at retirement age, that the proportion of deaths from these diseases between the sexes is equalised. By the way, a slight off-topic - did you know that far more men die from negligent death? We take more risks, drive dangerously, cycle and are less responsible - actually, paradoxically, the aforementioned hormone testosterone is responsible for this too.

Cancer is certainly not something to "compete" in, or something to exaggerate here. It is precisely because of the severity of the disease that we rank it first, because although breast cancer is relatively common in women and prevention should be the norm, men suffer much more from the various types of cancer in total. The most common cancers are lung cancer and colon cancer. For the most part, the incidence of these diseases is related to how we take care of ourselves and our lifestyle. And men sometimes have really terrible lifestyles. Just think about how you take care of yourself. Do you see any reserves? You'd rather go out for a few beers with friends than play sports, and you're a regular smoker? According to experts, it's these tendencies that are to blame. For example, nearly five thousand men are diagnosed with lung cancer every year. However, lung cancer has been on the rise in women in recent years and is the sixth most common cancer. As men, we are not doing very well with leukaemia, a cancer of the blood, for example.

We've already mentioned that as men we don't actually have a 'defence mechanism' against heart attacks and atherosclerosis (the corrosion of blood vessels, where fat, calcium and cholesterol build up in the artery walls and damage them). However, we are also much more concerned about angina, inflammatory heart disease, heart arrhythmias or palpitations and valve problems. Even high blood pressure - hypertension is more common in men. Focus, whatever your age, on not unnecessarily ingesting high amounts of an unhealthy type of cholesterol called LDL - low-density lipoprotein. 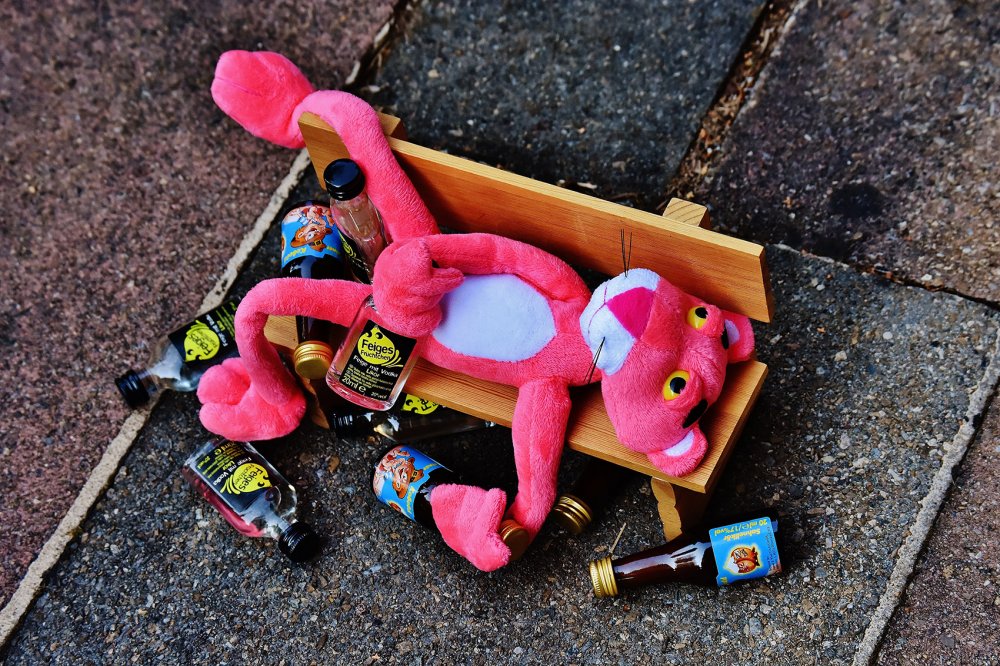 Cirrhosis of the liver

Ah yes, there's that alcohol again. A liver that is flushed with alcohol far too often will start to replace liver cells with connective tissue - popularly known as "liver hardening". Alcohol is a toxin that the liver can effectively break down, but of course if there is too much of something, it becomes unbearable after a while. Only rarely are there chronic diseases that cause liver hardening. Most often it is simply the cause of completely unnecessary and uncontrolled alcoholism - men are especially masters at this.

Parkinson's disease is a 3:2

In Parkinson's disease, there is disease of the central nervous system. The nerve cells that produce dopamine are diminishing. Many people are almost addicted to this hormone these days - dopamine is flushed out when we get a like on Instagram or even when we watch porn. But dopamine isn't just any hormone. It's a neurotransmitter and a substance that ensures the transmission of signals between nerve cells. Its deficiency then affects motor skills and overall mental state. Old men with Parkinson's are full of old people's homes, but the disease doesn't avoid men in their thirties either. Although it is one of the most common neurological diseases, doctors still cannot successfully treat it.

Gout, the scourge of obese men

Gout is a very painful disease, more precisely a disorder of the body's metabolic system that manifests itself in extreme inflammation in the joints. Such great pain is caused by tiny crystals. These are crystals of uric acid, which gout patients layer in the spaces between the joints, form deposits and are extremely sharp. Obese men are most often affected by this disease because of poor diet, to which it is very closely related. This is mainly due to an excess of foods with a high purine content. Large quantities of these are found mainly in meat, beef, pork and game - hence the disease has always been called the disease of kings (they had game almost daily). Purines are also found in alcohol, many legumes and aged cheeses.