A lot of couples nowadays do not care much about Valentine's Day anymore. Women, of course, are more into it because of the romance, but a lot of men are simply sick of February 14. Where do you stand? Has commerce and the business around it all spoiled the invisible magic of deep harmony and possible intimate surprises for you? You know what? Let's try something!  We announce an escape from the Valentine's Day stereotype. Instead, get to know your partner's character with a simple test. It will tell you a lot more about the two of you than different gifts.

You might be thinking, why take any test with your partner? Does it necessarily have to be on Valentine's Day? It doesn't have to be, but it's a good time to say something about him on this occasion. I mean, as you will admit, on Valentine's Day you give each other gifts to please each other, be together and get to know each other better at the same time. Getting to know each other is largely about understanding each other's character, delving into each other's thought patterns, finding out what your partner reacts to, what can calm her down, embarrass her, satisfy her, excite her. In today's fast-paced world, it is sometimes difficult for us to tune into these frequencies of perception, to let go of our worries and throw off all the imaginary shields that age has dulled us from connecting with our surroundings. As men, we are losers in this regard. This is due to the fact that we are constantly rational, so we sometimes act more than we think, and emotion is a dirty word for us, lest we accidentally feel weak. Women are much more emotional but the ultra-correct age has dulled that a lot too. The fact is, then, that even a great Valentine's Day gift may not be a perfect probe into the soul of the other person, because as we are told, our subtle perceptions are often considerably worn down by fast times, and at the same time Valentine's Day has long been less spontaneous, quite the opposite. Its marketing misuse has reached its peak, the gifts about it are often out of necessity, and not out of passion and desire, the desire to give and to be pleased. 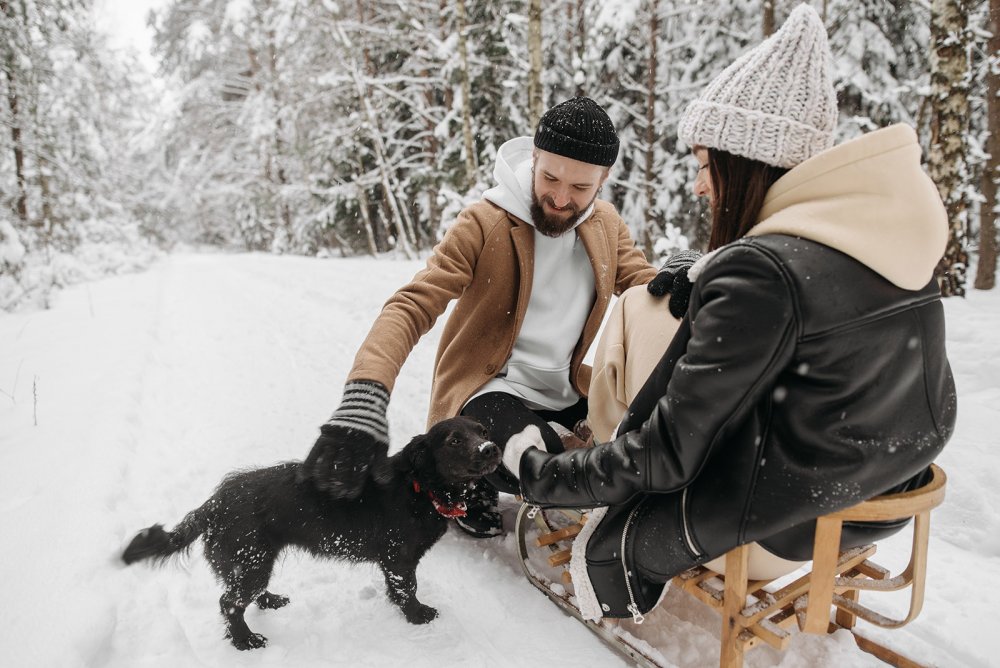 Is that pessimistic? Oh no! Not at all. It's just a relational-sociological perspective from which much good can be taken. Maybe it'll bring out a lost spontaneity in you. It'll make you stop and think about your relationships. Or maybe it will entice you, now that you suspect that the current Valentine's Day gifts and daily routine often don't allow you to get to know your counterpart, and especially his or her character, to try our social test.
What is it? In short, about the ordinary asking, the asking of favours on perfectly ordinary, non-holiday days when nothing is normally expected of you, when it is simply not socially, festively, advertorially said that we should do something for each other now. Does that make sense? And what is the goal? The goal is to filter out the selfish, infantile and other people who may not deserve you from your immediate environment. The test perfectly speaks to people's character, much better than any forced gifts. It will help you confess to a partner you're just starting to date, but it can be applied perfectly fine to the friends and loved ones you surround yourself with. So let's do it!

The challenge of the test is to ask for something you don't normally ask for. And all it takes is a little something. Let's take an example. Your new partner is coming to your house for a date. You've already invested a lot in her, recently paying for dinner, a movie, and now you want something again. In return. Text her before the date that you're asking her to stop by the store on the way to pick up, say, milk, tangerines, or whatever it is you're currently lacking at home that is a common item she won't have trouble finding. Then watch her reaction carefully. If she says that yes, it's not a problem, and also doesn't want to cash in this small purchase later at any cost, you've won. This is a no-nonsense girl who doesn't play games, cares about you and won't do anything stupid with you later in the relationship. But if she refuses, makes excuses about being late because of it, which is a good argument to blame it on, or forgets, she probably doesn't value you much, doesn't take you seriously, and maybe can't function in the regular world unless her partner arranges and buys everything for her. Consider very well whether to then engage such a person in a deeper relationship. In short, remember that everyday reality and ordinariness say much more about the other than a nice gift and sweet words on Valentine's Day.

How to apply such a test to friends and why do it? Better than explaining the reasons will be an old, very wise adage that says you are the average of the five closest people you have around you. Remember that and only let in people who are really worth it, people with whom you can enrich each other, help each other out, be useful to each other. So try to test them too, ask them for a small favour, even to bring coffee to the office. See how they react. You'll know right away how much people appreciate you and how seriously they take you and your needs.